"We recognized that in order to bring people to the people to the level of consciousness where they would seize the time, it would be necessary to serve their interests in survival. By developing programs which would help them to meet their daily needs. For a long time we have had such programs not only for survival but for organizational purposes."                        -Huey P. Newton 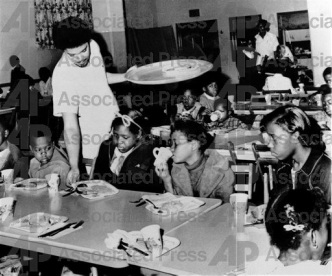 Bill Whitfield, member of the Black Panther chapter in Kansas City, serves free breakfast to children before they go to school, April 16, 1969. Merchants have supplied food and money for the daily meals. The panthers are a radical Black Power group whose members in some cities have been charged with violent activities. The Kansas City Panthers say that they keep guns only for defense. (Straeter,AP Photo)
This program is the most powerful program established by the Black Panther Party.  The Breakfast Program was important to the black community. Children often attended school hungry and without proper nutrition. The Panthers recognized that a hungry child was not able to learn. This program became so popular, within one year throughout the U.S. over 10,000 children were fed. 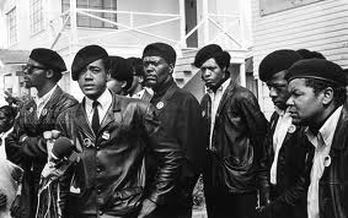 Established after a request, elders in the community were protected for fear violence against those who were without defense. Before the Black Panther Party was involved the elderly was robbed and attacked randomly.Over a period of six weeks 249 people were robbed, and 48% were over the age of 50. The sought help from the police and were told to walk closer to the curbs and be more careful. This program showed the community that the Panther's mission was not against any particular people they were against those who chose to victimize the Black communities.
Video Excerpt

The Boycott Of Bill's Liquor 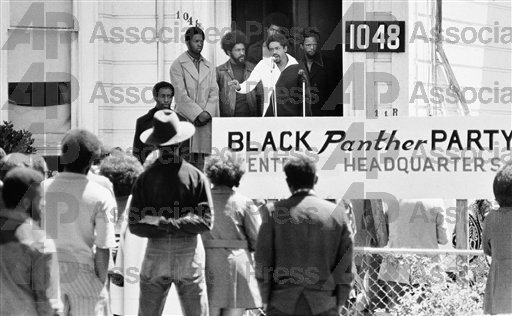 
The Panthers avoided to go to any liquor stores owned by Bill Boyette, because he thought Panthers only did this for publicity to act like they were "Good Guys". The owner Bill Boyette believed that the Black Panthers didn't really care about the community but they cared more about getting the publicity. The owner refused to make the daily donation to the survival program so that they could collect money to give free shoes to the people who couldn't afford to buy shoes and clothing for the families. Each program was funded by the community, since Bill Boyette rejected giving his weekly portion of money in the offerings for the "Survival Program" Bobby Seale ordered for people to not shop at his liquor stores. 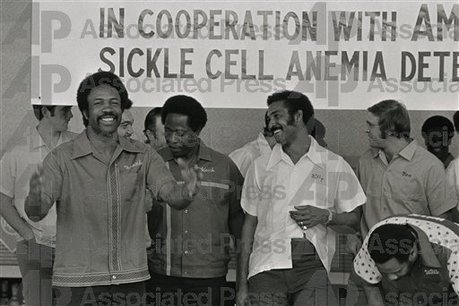 Baseball super stars Frank Robinson (left), Hank Aaron (center) and Billy Williams clown around before bowling in a sports Pro-Am tourney in Atlanta. The event was to raise funds for research for the Sickle Cell Anemia Foundation. The Braves Hank Aaron headed the event. (Anonymous/AP Photo)
The Party's Sickle Cell Anemia Research Foundation, was one of the nation's first sickle cell testing programs. This inspired the federal government's initial funding of sickle cell research. 98% of victims of the Sickle-Cell disease were Black. They wanted to provide knowledge to Blacks so they would be able to care for themselves. They believed that the greatest power was KNOWLEDGE. 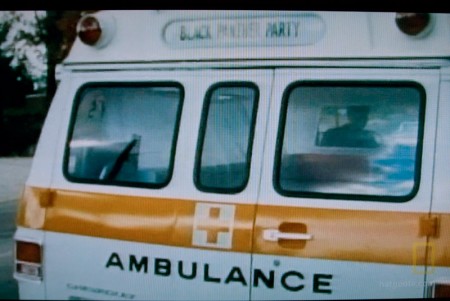 The Free Ambulance Program was designed to provide free and quick access to hospitals. This would give people a chance to get treatment and transportation to a facility that would provide the treatment without high cost. 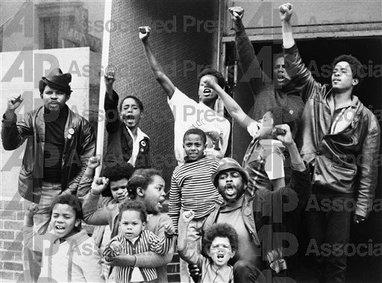 PANTHER POWER---BLACK PANTHERS, TEENAGERS AND CHILDREN ALIKE, GIVE THE PANTHER BLACK POWER SALUTE OUTSIDE THEIR "LIBERATION SCHOOL" IN THE FILLMORE DISTRICT OF SAN FRANCISCO. DECMEBER 20, 1969. UPI B/W PHOTOGRAPH. (Anonymus,AP Photo)
In January 1971 the Black Panther established the Intercommunal Youth Institute to educate children and to give them an education that was being offered in "White" schools. In 1974 the name was changed to Oakland Community School. The Black Panther Party goal was to get children to learn to their highest potential, and to strengthen their minds so that one day they would be successful. The school graduated its first class in June 1974. In September 1977, California Governor Edmund "Jerry" Brown Jr. and the California Legislature gave Oakland Community School a special award for "having set the standard for the highest level of elementary education in the state."